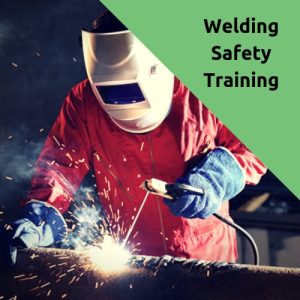 Welding is a general term for various processes used to join metal parts by producing a coalescence, called a weld, at a joint. This is usually done by applying heat and energy when bringing the pieces of metal together.

Welding has many applications. Some welded products include ships, aircraft, automobiles, electric and electronic parts, and in building and construction work. Although over 50 welding processes are used today, the most common ones are gas welding and arc welding.

Welding is a hazardous process that joins materials together by melting a metal work piece along with a filler metal to form a strong joint.

Coalescence occurs when two metals seem to pull together, or grow into one body, of the base metal parts when there is the slightest contact. There are two basic requirements for coalescence: heat and intimacy of contact.

Heat: Welding processes differ depending on the source of heat, the manner in which heat is applied or generated, and the intensity of the heat. The fuel used as a heat force may be:

The intensity of heat applied or generated at the joint varies according to the metals being joined and to the welding process being used. All welding processes, except brazing, use temperatures high enough to melt the base metals. However, all welding, cutting, and brazing processes generate enough heat to seriously injure workers.

Oxyacetylene welding or cutting is also called torch or gas welding or cutting. Two metals are joined by melting or fusing their adjoining surfaces in the process. This is done by directing a flame from burning gas (usually acetylene) to melt metal at a joint to be welded, and is a common method for welding iron, steel, cast iron, and copper.

Oxyacetylene Cylinders: Oxyacetylene equipment consists of a cylinder of acetylene, a cylinder of oxygen, two regulators, two lengths of hose with fittings, a welding torch with tips, and either a cutting attachment or a separate cutting torch.

Accessories include a friction igniter to light the torch, an apparatus wrench to fit the various connections on the regulators, the cylinders, and the torches; goggles with filter lenses for eye protection; and gloves for protection of the hands. Flame-resistant clothing is worn when necessary.

Regulators: Reduce the gas pressure in a cylinder to a suitable working pressure before it can be used. This is done by a regulator or reducing valve. Regulators are either the single-stage or the double-stage type:

Welding Torches: The oxyacetylene welding torch is used to mix oxygen and acetylene gas in the proper proportions and to control the volume of these gases burned at the welding tip.

Hoses: Hoses used to make the connection between a torch and a regulator are strong, nonporous, and flexible and light enough to make torch movements easy. It is made to withstand high internal pressures, and the rubber used in its manufacture is specially treated to remove sulfur to avoid the danger of spontaneous combustion.

The hoses used for acetylene and oxygen are the same in grade, but they differ in color and have different types of threads on the hose fittings. The color codes are as follows:

For added protection against mixing of the hoses during connection:

Arc welding is the process in which fusion is produced by heating with an electric arc that is generated between an electrode and the surface of the base metal.

Arc cutting is the process in which the cutting or removal of metals is done by melting with the heat of an arc between an electrode and base metal.

Overexposure to these substances can cause injury and illness over the long-term.

Brazing is a welding process using nonferrous filler alloys that do not contain iron or steel and have a melting point above 840°F but below that of the base metal. Brazing is also called ‘hard soldering’ or ‘silver soldering.

Brazing is the only welding process in which the melting of the base metal is not necessary for coalescence. Coalescence occurs when two metals seem to pull together, or grow into one body, of the base metal parts when there is the slightest contact. Click here for more information on brazing alloys.

Soldering is a joining process using non-ferrous filler alloys. Soft soldering uses alloys that melt between 190°F to 840°F and is used in electronics, plumbing, and joining sheet metal parts. Soldering is not considered a welding process. Lead and tin are common alloys used in soldering, but there is also less common lead-free solder to decrease environmental impacts.

Defects in welds can cause unforeseen injuries and accidents. Common weld defects to be familiar with to ensure your safety include:

Protecting yourself when performing welding operations depends on your understanding of the hazards involved and the proper way to control them. Controlling welding hazards includes avoiding eye injury, respiratory protection, ventilation of the work area, protective clothing, and having safe equipment to use.

Since gas welding is slower and easier to control than electric arc welding, it is commonly used in general maintenance work, brazing, and soldering.

Equipment: Oxyacetylene equipment consists of a cylinder of acetylene, a cylinder of oxygen, two regulators, two lengths of hose with fittings, a welding torch with tips, and either a cutting attachment or a separate cutting torch. Accessories include a friction igniter to light the torch, an apparatus wrench to fit the various connections on the regulators, the cylinders, and the torches; goggles with filter lenses for eye protection; and gloves for protection of the hands. Flame-resistant clothing is worn when necessary.

Acetylene (chemical formula C2H2): a fuel gas made up of carbon and hydrogen. When burned with oxygen, acetylene produces a very hot flame, having a temperature between 5700°F and 6300°F. Acetylene gas is colorless, but has a distinct, easily recognized odor.

MAPP (methylacetylene-propadiene) gas: an all-purpose industrial fuel that has the high flame temperature of acetylene and the handling characteristics of propane.

Oxygen: a colorless, tasteless, odorless gas that is slightly heavier than air. Oxygen will not burn by itself, but it will support combustion when combined with other gases.

Safe procedures and practices must always be used when working around or with arc welding equipment to avoid being injured.

Arc Flash: When possible, shield arc-welding operations so no one may accidentally look directly at the arc or have it shine or reflect into his or her eyes.

Flying sparks: usually accompany arc welding. These present a hazard if they strike unprotected skin, lodge on flammable clothing, or hit any other flammable material.

Hot Metal and Burns: Hot metal and flying sparks have the potential to cause serious burns. Never handle it with bare hands until it has cooled naturally or has been quenched in the quenching tank.

Be sure to use leather gloves with tight fitting cuffs that fit over the sleeves of the jacket. Many welders wear a full set of leathers that consists of the following:

In gas welding, the high temperatures of the welding flame and the sparks will burn skin. Gas welding can also cause radiation burns due to infrared rays emitted by the red-hot material. Wear flame-resistant or flame-retardant clothing and hair protection at all times.

Gases and Fumes: Fluxes used in certain welding and brazing processes produce vapors that are irritating to the eyes, nose, throat, and lungs. Welding fumes and gases generally come from the following sources:

View the Welding Safety Training below: