OSHA has a scale for citations, which measures and accounts for the issues they find in the workplace. 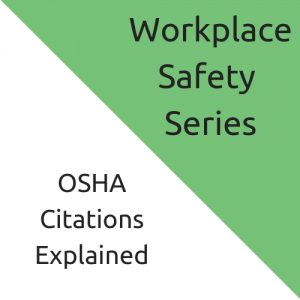 States that operate their own Occupational Safety and Health Plans are required to adopt maximum penalty levels that are at least as effective as Federal OSHA’s.

Want to avoid citations? Learn how to conduct a mock OSHA inspection

OSHA cites employers, not employees. It’s important to know that the OSHA Act does not provide for the issuance of citations or the proposal of penalties against employees. Employers are responsible for employee compliance with the standards.

Penalty Adjustments: OSHA may adjust penalties downward depending upon the employer’s size (maximum number of employees), good faith, and the history of previous violations. Adjustments may be applied as follows: