When setting up a room for conducting an investigation interview, there are a few basic rules the investigator should keep in mind. Aside from making the interviewee feel as comfortable as possible, the interview room should also facilitate clear communication, including non-verbal. This means that there should be no physical barriers between the interviewee and subject that might block the interviewer’s view of the subject.

There are good reasons for this. Firstly, a physical barrier, such as a table, can act as a psychological barrier. In a situation in which open communication is sought, putting up barriers obviously goes against the goal.

Another reason to keep furniture out of the way is to provide the investigators with a full-body view of the subject. This is important when assessing the subject’s body language, or non-verbal clues, when he or she is answering questions and providing detail about the incident in question.

There have been many articles, books, even television shows, written about how to detect deception in investigation interviews, and there are as many theories as there are theorists. But there are a few fairly well researched and generally acknowledged non-verbal indicators in interviews that may indicate that a speaker is being deceitful. As long as the investigator is experienced enough to know that one sign does not make the subject a liar, these clues can be considered as part of an overall strategy to assess the credibility of the interviewee. 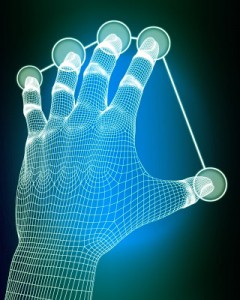 These are hand motions a person makes when talking. They are normal and often used to illustrate a point. During times of low stress, a person uses illustrators at one rate, but when the stress level increases the subject’s use of illustrators may increase or decrease. A change in the use of illustrators, therefore, may be taken as a possible clue to deception.

Like illustrators, manipulators are hand motions. But rather than illustrating a point, they are used to displace nervousness. Examples of manipulators are playing with jewelry, picking lint off clothing or clasping and unclasping the hands.

A person who is engaged in a conversation and being honest will often lean toward the person they are talking to as the questions get more serious. A dishonest person might lean away from the interviewer, changing his or her posture completely.

Check Out: Guidelines for Investigation Interviews

Similarly, a subject who is being dishonest might actually arrange his or her body in a position that suggests fleeing the room. While the person’s upper body is facing the interviewer, his or her legs may be facing the door, as if in an unconscious effort to leave.

And while it seems too symbolic to be true, liars will sometimes place their fingers or hands over their mouths, as if to contain the lies before they escape, just as they did as children.

The Basics of Body Language:

A single cue can be misleading so it’s essential to pay attention to multiple behavioral cues.

One thing to keep in mind is that non-verbal clues mean nothing in isolation. Some people exhibit these characteristics when they are not stressed, and some people are stressed all the time, whether they are being deceptive or not. So it’s important for investigators to treat clues as insight into where to probe further, rather than as proof of deception.

Investigators should also be careful to assess the state of mind of a subject as part of assessing credibility. Subjects who are mentally unstable or who are inebriated or under the influence of drugs do not exhibit reliable clues. In fact, it’s not a good idea to interview these people at all.